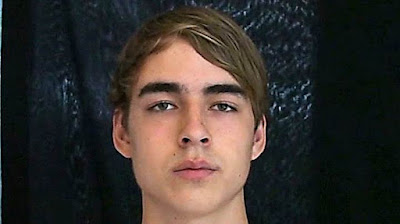 Steve's come a long way since his first shoot and he shows us what he is capable of taking in this third film which sees him give in to the pain and humiliation of it all at the end.  Steve didn't even come back after this shoot.  I think that for him, he just couldn't take anymore.  But he did himself proud and the spankings his father used to give him stood him in very good stead for the type of punishment we dish out here.  He can hold his head high, in my view.

This probably represents Brad’s final film with us. He was tempted back by the enhanced fee payable from a client who had a specific request for him to be pushed with longer and harder sets of paddle, belt and the cane. This film is much longer than most because it contains a very detailed discussion at the beginning with Brad about the terms of his punishment and exactly what he is expected to endure. We talk through everything in great detail. He is clearly nervous, in particular about the number of strokes of the belt and the cane, which is a new experience for him. But he is keen to get his hands on the cash and so reluctantly agrees to the terms which I negotiated on his behalf. Like a true sportsman, his endurance is a joy to watch as that perfect ass glows increasingly red and sore. Brad certainly earned his place in the No Way Out Hall of Fame with this one.


What His Father Taught Him

Steve spent a lot of his youth in Louisiana and in hot water. His father used to belt him frequently. When he left home at the age of 18, he found himself in debt – going out and drinking too much. Now he needs to pay his friends back and that is where No Way Out comes in. Steve has a great ass for punishment – a perfectly smooth, young bubble butt. And because he has got a head start in terms of his experience, I wasted no time in teaching him a lesson, pushing his boundaries. This is a very harsh re-introduction to the rigors of a good hand-spanking, paddling and belting. The belt cracks across his bare ass and I make him earn every penny, he really suffers. One of our most popular videos of all time.